Both of the Fwd beam bulkheads have doorways in and 1 of the Aft ones has a passage way to allow access to the Aft cabin. A flange is formed around the doorway cut out ( on one side only)  - many wraps of UD fiberglass which is bonded to the bulkhead with tape on both sides of the bulkhead . Photo shows the mold for the flange. The peel ply will save me having to sand shiny epoxy later when I need to tape around to the other side..Photo shows Stbd b-head. 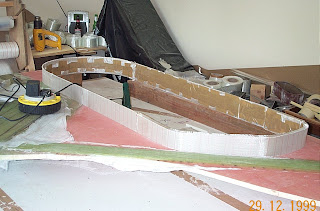 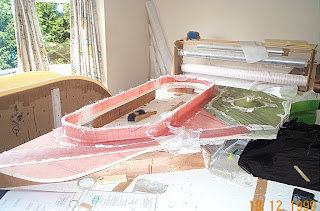 Finished flange on Stbd FWD beam bulkhead now trimmed to size. This bulkhead now finished and ready for bonding into the hull at a later date. Extra layers have been built up around G10 pivot pin tube. 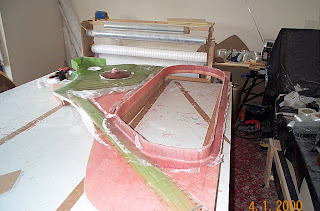 AFT beam bulkhead with passage way. (Sorry poor photo) Also a flange has been added which runs from the outer edge of the slot across to where the cockpit sea will bond later. Another 12 layers of UD! Beam bulkheads are now quite heavy and awkward to move with all the layers of glass and resin which have been added. Other photos show close up of flange area which is now very thick with solid laminate. Also collection of bulkheads ready for fitting to the hull 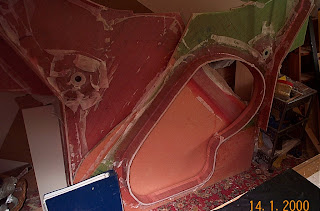 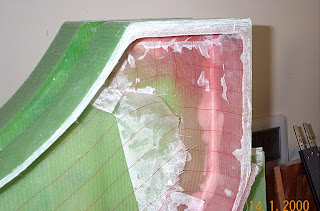 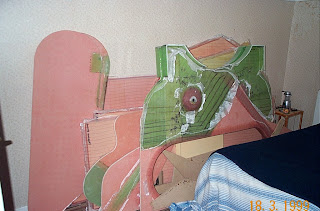